How hair styling affects the hair

How hair styling affects the hair

Change of hair texture by perm and straightening

That happens at the barber

The regulation of the length of the hair is merely one possibility of adapting one’s own appearance to certain ideas. The two other possibilities are intended to influence the hair color or the hair texture. Together, this can be regarded as the goal of a cosmetic hairdressing treatment: The aim is accordingly to change the biologically prescribed hair properties. To achieve this goal, various techniques are available to the modern hairdressers. The most important ones are the permanent dyeing of the hair or the dyeing of individual strands (also referred to as mesh or highlights) as well as the perm to curl smooth hair or straightening to achieve the opposite goal.

As stated before, the natural hair color is determined by hair pigments which are incorporated into the cortex of the hair shaft during growth. These glimmer through the cuticle and give the hair its natural hue. Today it is possible to change the hair color according to the wishes in almost any other shade. Even if companies in the cosmetics industry are always trying to develop gentle dyeing methods, two-component hair dyeing is the most important method for hairdressers to adapt the natural hair color to the needs of their customers. Ammonia, hydrogen peroxide and the actual coloring agent are used as the most important substances.
As mentioned above, the outer layer of the hair consists of scaly cells, which are a good barrier against the penetration of foreign substances into the hair. This barrier must first be overcome to permanently change the hair color. For this purpose, ammonia is used in the form of an aqueous solution. It causes the individual scales to lift and the hair structure thus opens. The hair cortex is now free for treatment. The artificial hair color itself is usually still colorless at the beginning of the treatment or does not correspond to the later desired color. This is achieved only by contact with oxygen from the air or a developer solution. This task is carried out by the hydrogen peroxide. On the one hand, it destroys the natural hair pigment, which leads to its brightening. A single treatment with hydrogen peroxide alone leads to a very bright, almost white color depending on the concentration. If the artificial hair color and the hydrogen peroxide are combined in the hair, the dye is oxidized, resulting in the desired hair color. On the other hand, the hydrogen peroxide ensures that the activated dye is chemically fixed in the hair cortex, which leads to permanent coloring of the hair. However, as the hair grows continuously, the hair line must be dyed more or less frequently to maintain the new hair color. In detail, other substances are involved in this dyeing process, such as, for example, nuancers, carrier compounds or reducing agents, but in the core, each permanent two-component dyeing takes place according to the described principle.
For hairdressers and clients, temporary and semi-permanent hair dyeing methods are available as alternatives. These are based, for example, on the coloring with chamomile (yellow hue) or henna (chestnut color).

Change of hair texture by perm and straightening

Furthermore, it is possible to change the texture of the hair during the course of a hairdressing treatment. This change can take place from curly to smooth (straightening) as well as from smooth to curly (perm). Here as well, the hairdresser can determine how permanent and stable the modeling of the hair should be.

In temporary modeling, the hair is moistened first, so that it becomes more elastic. By the action of dry heat with a hair dryer, the hair can then be modeled limitedly to a desired shape.
Chemical substances are again used to achieve a sustainable change in shape. To this end, the disulfide bridges, which give the hair its natural texture, are first split and then re-knotted in another modification. The diagram below shows this schematically.

For a change in shape, the hair is first treated with a reducing agent. Today, thioglycolic acid is usually used in a concentration of six to eleven percent. In the first step, it the reduction of the disulfide bridges is carried out, as shown above, to form free SH groups. This step is also referred to as denaturing of the hair. Then the hair is modeled into the desired shape. In the case of a perm, curlers are used in this step. Subsequently, the thioglycolic acid is washed out with water and an oxidizing agent is applied to the hair. This results in the new formation of the disulfide bridges, whereby the modeled hair texture is retained. As an oxidizing agent, hydrogen peroxide is often used again. However, other oxidatively active substances can also be used to prevent brightening of the hair. All in all, it is possible to adapt the natural hair texture according to the wishes of the customers.

As pointed out, very aggressive chemicals are used by the hairdresser in order to change the hair color or texture. At the same time, the hair is exposed to various acidic and alkaline pH levels during the treatment, and excessive washing and drying also cause a particular stress on the hair. This stress can result in splitting. In the worst case, the hair can even break, which can be a severe aesthetic impairment for those affected. 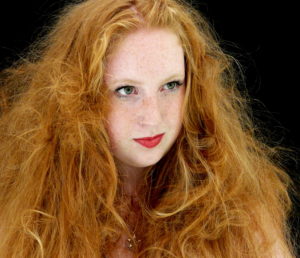 A further undesirable effect which can occur during the dyeing of the hair or the handling of bleaching agents is the discoloration of skin areas by contact with these substances. This is due to the fact that the upper layer of the skin and fingernails consist of quite similar proteins as the hair and is therefore also susceptible to coloration. For this reason it is generally recommended to wear latex or nitrile gloves when handling dyeing and bleaching agents.
Moreover, if the strongly acid or alkaline substances are used improperly, the scalp skin may get burned. This can go so far that the scalp is severely damaged that a loss of hair follicles and thus the permanent hair loss may result. In addition, scar tissue is formed by the burns which makes a self-hair transplant necessary in the worst case.

Treatment with the chemicals described above also involves some serious health risks. First of all, care must be taken when dealing with such substances, since, for example, the hydrogen peroxide used can get into the eyes, which may leads to irritation and even blindness.
A comparatively widespread phenomenon are allergic reactions which can occur during skin contact with the chemicals. These mostly manifest in itching, redness, burning, and malaise. Often this reaction is due to gluten intolerance, since the dyeing and bleaching agents often contain gluten. This does not necessarily need to be incorporated into the body to trigger an allergic reaction. Skin contact is sufficient for such a reaction.
An important health risk is that hair dyes can contain substances that are classified as mutagenic. For example, some coloring agents contain lead acetate, which is regarded as acute and reproductive toxic. Some studies associate different components of staining solutions with the increased formation of leukemia, non-Hodgkin’s lymphoma, bladder cancer, or blood cancer. The mutagenic 4-aminobiphenyl was also found in hair dyes. However, it must be noted that the carcinogenic potential of hair dyes has always been subject to intense discussions and scientific studies with partially contradictory results.
Last but not least, the production of hair dyes is a major environmental burden, and substances contained in dyes such as p-phenylenediamine or toluene-2,5-diamine are classified as severely water-damaging.